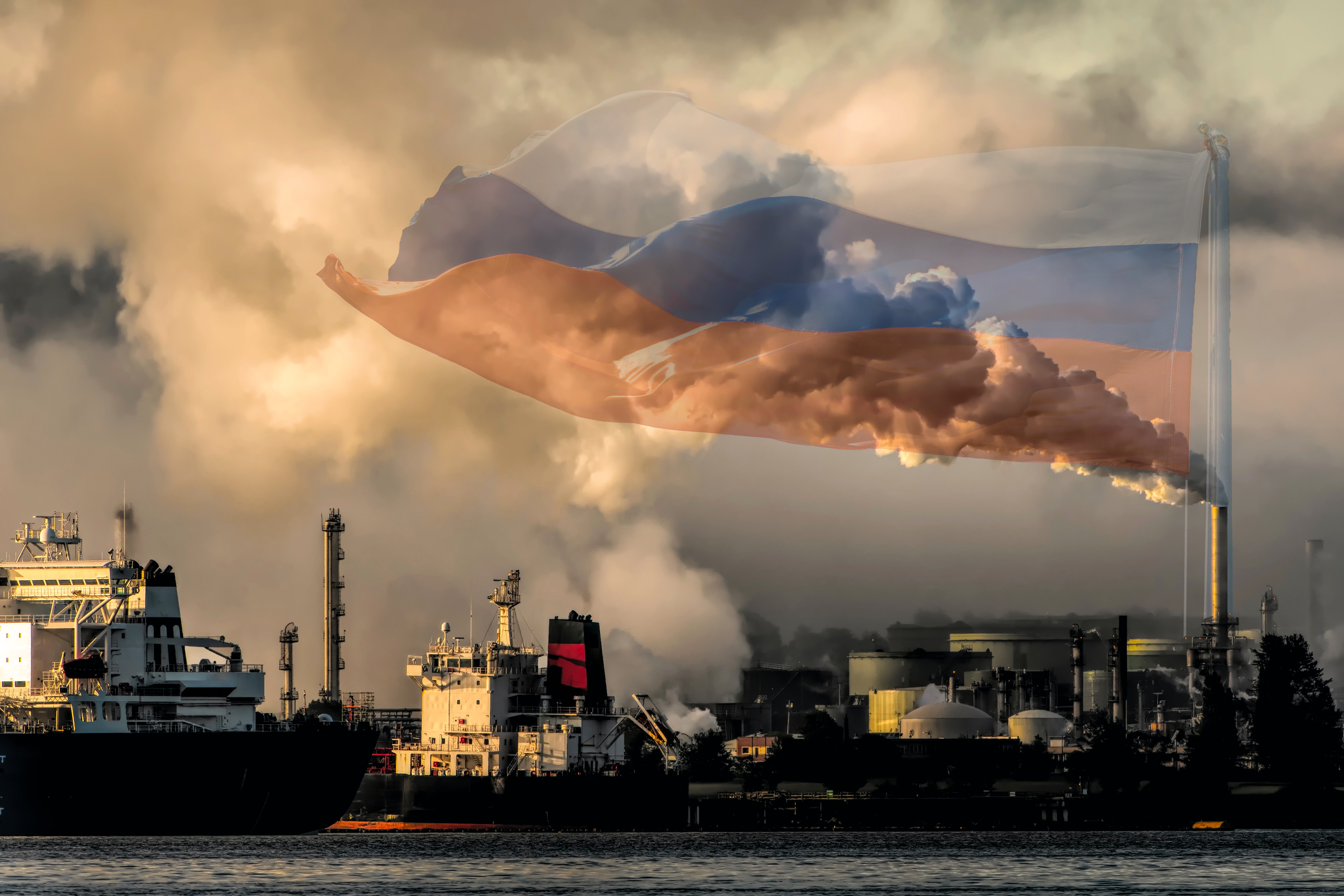 After weeks of wrangling, European leaders last week reached agreement to ban 75% of Russian oil shipments into the EU. The sanctions target  all seaborne oil shipments from Russia to European ports.

Lots has been written about where Russian oil and gas is going, but I thought it might be interesting to take a look at what is known publicly about who is shipping that oil. I suppose that if  ‘our’ companies are involved in a trade that is financing Russian aggression in Ukraine, ‘we’ might have something to say to them about that.

Back in March, I wrote about How to Track Russian Oil using a combination of open source ship tracking and beneficial ownership information. Using these methods, I have since built a database of individual voyages by ships transporting Russian oil since around the beginning of the invasion of Ukraine 10 March 2022 until 24 April 2022. I examined nearly 500 voyages of the largest oil and gas tankers during this period to try to get an an overview of what ships were involved in shipping Russian oil and what companies controlled them.

The data was compiled in two steps. First, we scraped a twitter bot by the name of @RUTankerTracker which would tweet out every time a ship larger than 10,000dwt would leave a Russian port. Thanks to Greenpeace, @RUTankerTracker provides free, historical voyage data, and is an effective way to monitor Russian oil and gas exports in real time. Scraping this twitter bot resulted in a list of voyages, some of which involved repeated voyages by the same ship. Second, for each ship, I went looking for beneficiary ownership details, primarily using data portals such as Equasis and IMO. In cases where beneficiary ownership was less than clear (often the case), I looked for information from additional online sources.

You can read a more detailed description of my methods in a specific post here and you can download the full data set of voyages for the two-month period here. I encourage you to read my post about methods to better understand the limitations of what it is possible to do with open sources and the level of accuracy of the information. [on a side note, I am still learning data visualization and this is my first attempt at using Tableau, so please forgive some of the jankiness]

Below I have highlighted what I think are the most significant trends emerging from the research. Others may discover different points of interest. Keep in mind that I didn’t include Russian ships transporting Russian oil (for those interested, I did include a list of voyages by Russian ships in the data set linked above). Rather, I was primarily concerned with ships owned by companies from the EU shipping Russian oil.

What is being shipped?

First, the most obvious trend in the data was that crude oil was the most frequently shipped commodity. This simple table shows us that the 185 voyages made by crude oil tankers during the time period 10 March 2022 to 24 April 2022 outstrips all other Russian oil and gas commodities shipped to Europe during this period.

Which companies are shipping?

This visualization shows us an overview of companies identified through the beneficial ownership research as controlling ships collated in the voyage data set. We can we immediately see that we are dealing with a large number of companies. We can also see that some companies were more prevalent than others. In fact, a handful of companies (10) are responsible for transporting roughly 45% percent of all Russian oil and gas. Most notably among these are Minerva Marine, TMS Tankers, Scoprio, and Thenamaris.

Where are these companies based?

This pie chart makes clear that Greek companies are by far the most significant shippers of Russian oil and gas. While identifying ship owners can often be a complicated research task, most Greek tanker operators are quite public facing, in that they have their fleet list on their website and an office address listed in Athens. It became more difficult in cases where the company was registered in Seychelles or elsewhere offshore or did not seem to have an online presence at all. This meant that I was not always able to verify beneficial ownership to the same level of certainty. In my post on methods, I explain this aspect and why I introduced a method for ranking our level of certainty about ownership. In some cases, it may very well be that a ship owning company I found as registered in one country is a subsidiary of a parent company in another country. In cases where control was unclear, we decided to go with company closest to the ship, for example the subsidiary and the country that it is is based in. The graph below groups companies by country.

The focus on Greek shipping

When only looking at voyages carrying crude oil, we note that Greek shipping companies have played a dominant role as they have transported nearly 70% of Russian sea-borne crude oil exports (up from 50% overall).

In fact, just four Greek companies (TMS tankers, Minerva Marine, Thenamaris, Delta) were responsible for 37% of all Russian crude oil shipments by sea. Of these, Minerva and Thenamaris account for roughly 18% of crude oil shipments. Both companies belong to members of the Martinos family,  a powerful shipping family from Athens. The Greek investigative journalists Reporters United wrote a great in-depth piece on the Greek shipping companies using the same data source (@RuTankerTracker). A surprise second on the list is Norway.

I got a lot more information from this exercise than I expected. But I should say that identifying the companies behind the shipments of Russian oil and gas was… not always easy. I knew going in that I was up against the problem of evasion of responsibility that is built into aspects of the shipping industry. But since this is the same problem European sanctions enforcers now face, I thought it would be interesting to give it a try. It was.