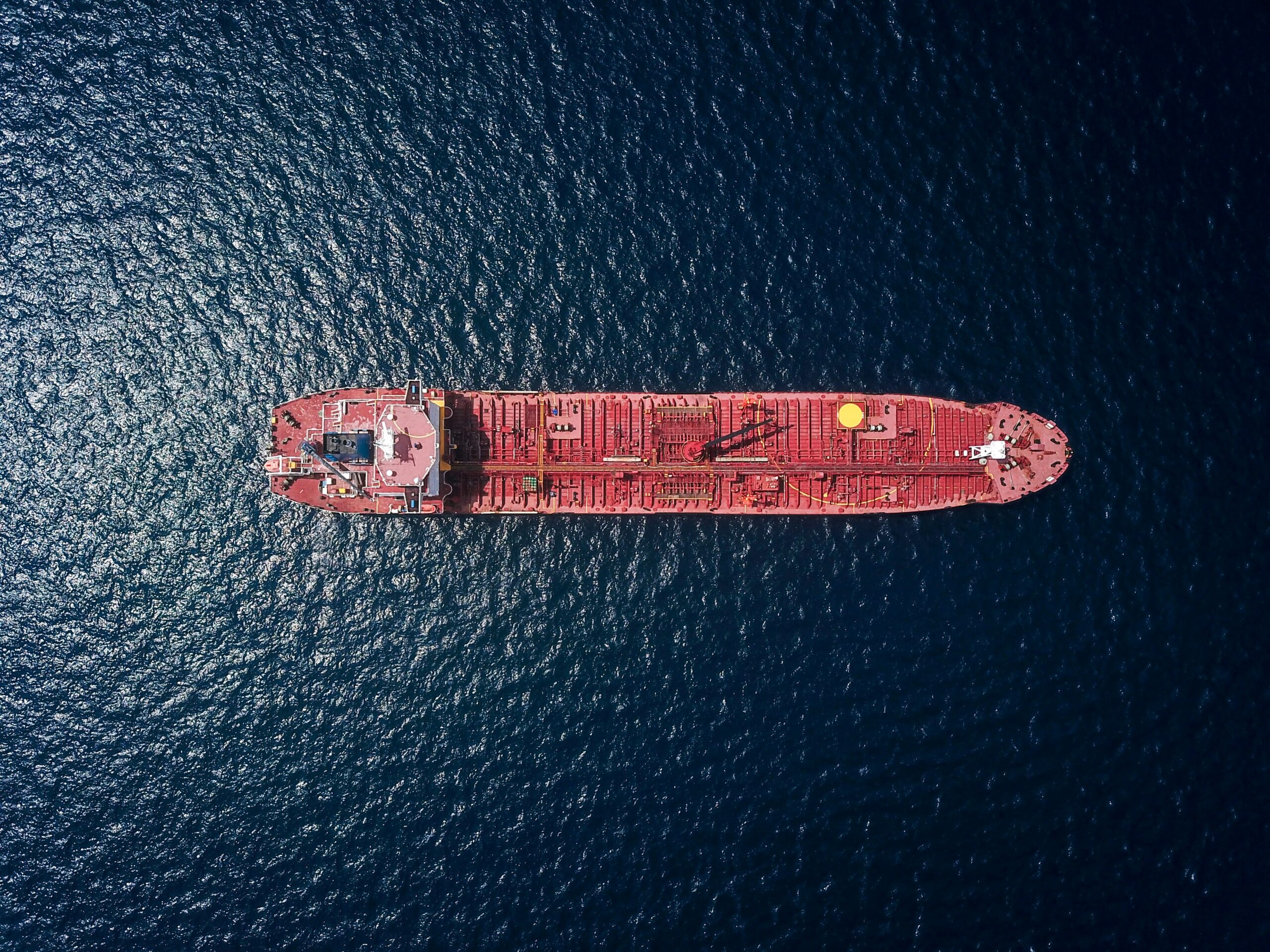 On March 9th 2022, Greenpeace launched a Twitter bot called @RUTankerTracker. The bot tweets out every time a ship leaves a Russian port with oil or gas. Thanks to the bot, Greenpeace was able to confirm that 148 super tankers had left Russia since the start of the war.

The shipping industry is deceptive and opaque, knowing who owns what boat, where a boat currently is, what it is carrying, or where it is headed, can be nearly impossible. This means that successfully enforcing sanctions on Russia oil can be a tough challenge. The tool provides citizens with a way to help enforce sanctions, and think critically about how sanctions operate. This post provides a short tutorial on investigating ships and the companies that own them.

Every hour or so, the Russian Tanker Tracker will tweet out a boat name, the port it just left, and where it is currently headed. This is a very useful start to investigate who is currently transporting Russian oil. Our case study for today will be Minerva Helen.

How can we use this information? I imagine there are a number of applications, especially for tech savvy people, but here is what I did with it.

Tutorial: how to find out who is transporting Russian oil

First, let us see what information we can find about the tanker Minerva Helen. By pressing the link in the tweet we are taken to Marine Traffic’s site for Minerva Helen. There is loads of information to be found here about the ship, but for now the IMO number (right below the name) and the route are the most important things to know.

IMO stands for International Maritime Organization and the IMO number is a unique identifying code given to all ships and has been mandatory since 1996. The IMO number must be visible on the ship itself.

Now that we have the unique identifier, we can discover information about the company that owns the ship. There are a number of handy databases but lets start today with with Equasis. In order to search on Equasis you need to make a free account, it only takes a minute. When you have logged in, we can search either by name or by the IMO number. Since the search function is not perfect, we will use the IMO number, which for Minerva Helen is 9276561.

While there is a lot of information on Equasis, lets discuss the most useful: ship history. By accessing the ship’s history, we can discover all previous names and owners of the ship. Since Minerva Helen (below left) only had one name and one owner, I included a second ship’s history for reference (below right).

There might be some confusion around Minerva Helen having only one owner, so, let us briefly discuss a company role’s in the ship industry and a ships registration. Above we have an ISM manager, a registered owner, and a ship manager. Usually, a company will create a company for one or more ships in their fleet and use that company as the ships registered owner, in this case ‘Helene Ene’. Helene Ene is a nothing company with little to no information to be found online. The most important company name is often the ISM Manger, in this case Minerva Marine Inc. We can see that Minerva Marine has always been the ISM Manager for Helene.

Following a quick google search, we can confirm that Minerva Marine Inc is a Greek shipping company belonging to a family that run a number of other large shipping companies. Having a look at their fleet, which we can do on Equasis or their home webpage, we might notice a trend: most of their ships are named “Minerva” then a unique name i.e. “Helen” or “Julie”. I know from experience that many companies will name their ships in similar fashion.

Now that we know how to find ship history in Equasis and identify the correct company, we can start to create a database of the ships that are leaving Russian ports with sanctioned oil and gas. It can look something like this:

In total, I had a look at nearly 40 ships that the Russian Tanker Tracker bot had tweeted about and after adding all the information to a database (it goes quickly once you get the hang of it) I started notice some pretty interesting trends. For example, most of the oil is being shipped by Greek shipping companies and the most popular destination is the Netherlands. I could also estimate that potentially 400,000 tons of sanctioned oil would arrive in the Netherlands alone. That bit of information will be useful for looking to identify choke-points in the supply chain of Russian oil exports.

Finally, I could cross reference my list of ships and companies with that of ships previously associated  with sanctions busting, for example that had been connected to delivering oil and gas to Syria. I found a list published by the US Office of Foreign Assets Control (OFAC) naming tankers connected to the trade in petroleum destined for Syria:

Considering we know for a fact that Minerva Marine tend to give similar names to all their ships, Minerva Zen immediately stands out. Back we go to Equasis to identify the owner and following the same procedure as above [spoiler, same owner].

I checked the other ships on the list against my own data set and noticed that Greek companies were often linked to sanctioned ships in one way or another. This might not be a major surprise – Greece has the largest shipping industry in the world with a fleet of around 4900 and around 26.5% of the global tanker fleet. However, they make up a disproportionately large number of tanker ships leaving Russia in the last 72 hours at 62% according to my data sample of 38 tanker ships.

This post provided a short tutorial on how anyone can track ships, discover historical information about ownership, and use this knowledge to investigate shipping companies by cross referencing your data with other sources. This is a non-exhaustive method and there are plenty of other sources to discover and use to aid you in your investigation, but I hope this serves as an easy way to get started.

If there are any questions, tools, or methods, you think we should discuss on here feel free to drop us a line here. Props to the team at Greenpeace who have created a fantastic tool that will make tracking Russian oil much easier.